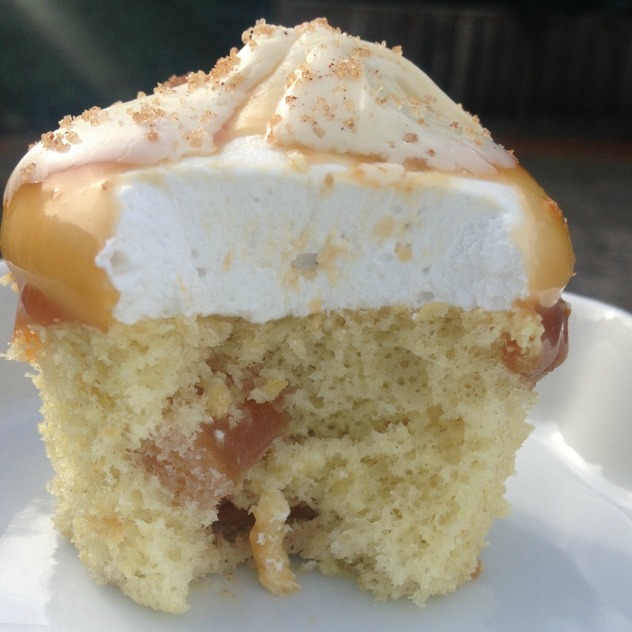 Apple Pie is Made for Thanksgiving

Is an apple pie worthy of your Thanksgiving table?

... Or is your Thanksgiving table worthy of an apple pie?

Apple pie on Thanksgiving was a given in my family. The day just wasn't complete without it. I had no clue there were so many people who did not feel the same! After a quick search to see if these people were real, I was surprised at what I read. I mean... a few posts claimed apple pie was unworthy of the Thanksgiving season, others said the traditional American apple pie doesn't even taste good, and a blogger on a rant about apple pie noted apple pie has no place at the Thanksgiving table.

Really? What's more seasonal, special and patriotic than a fresh baked apple pie? (the right answer here is nothing)

The women in my family were born with apple pie magic flowing through their fingers. I'd give the best pie maker title to my late Great Grandma Berkie, without even a second thought. She somehow transformed a few ingredients into a caramelly dessert filled with cinnamon and apple worthy of a name beyond *apple pie*. Even those of us who follow every measurement and instruction on her cursive written recipe card can’t even get close. Was her oven better? Her hands colder? Her apple tree superior? Maybe… but maybe it was simply her instinct. She knew how the dough should feel, how cold the water should be that day, how thick or thin to slice each apple… after all, ingredients for a fresh apple pie are constantly changes.

When kicking around ideas for our exclusive cupcake flavor in November, the caramel apple pie idea just wouldn't go away. The problem is, we are NotPie… how can we do an apple pie justice?

So here it is! November’s exclusive cupcake flavor is Apple Pie. A nod to my favorite caramel apple pie, where cinnamon and apple converge in our wildly popular vanilla genoise for a dessert worthy of your Thanksgiving table. Yes, even those that are sitting squarely in the no apple pie camp.

This Thanksgiving cupcake starts with our vanilla genoise cake, dotted with cinnamon spiced apples, topped with a vanilla marshmallow, dipped in handmade caramel sauce, double-dipped in white chocolate, and dusted with cinnamon and sugar.

We love this cupcake so much, we are sending it as the November subscription box, plus we're making it available to send as a giant single cupcake too!

HAPPY THANKSGIVING FROM OUR FAMILY TO YOURS!