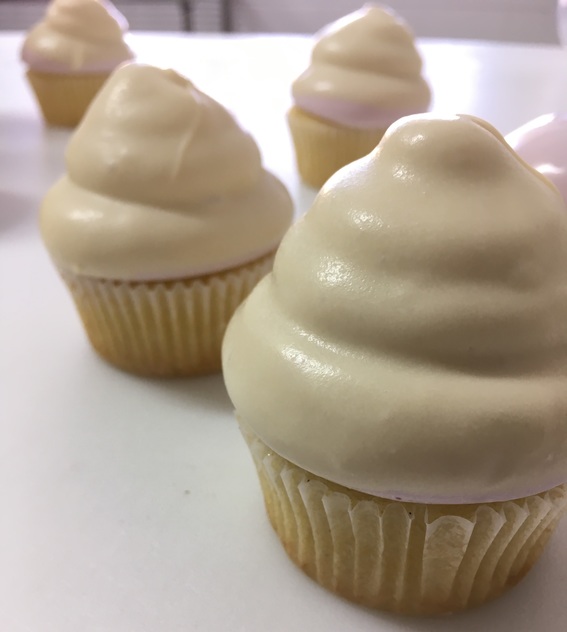 Josh and I, plus our gaggle of daughters, love to adventure. We don’t have many rules while traveling. But, if there is a soda fountain anywhere near … we make it a point to stop. The first real soda fountain we went to as a family was Tolly’s in the tiny historic town of Oakland, Oregon. The girls quickly learned the delights of a real soda fountain drink, each of them surveyed the drink options and flavor combinations, carefully chose their drink of choice and watched the soda jerk work their magic behind the counter.

With six people in our family, these kinds of stops aren’t exactly quick. Our order usually includes a few milkshakes, a phosophate soda and usually a lime Rickey. As soon as we all get our drinks, we trade each other for sips while oohing and ahhing.

I had already dreamed up a Lime Rickey cake for June. It's my favorite Summer time drink, and I always thought the flavors would make a great cake. A genuine lime Rickey is a combo of fresh lime juice, seltzer and sugar. It has a particular sweet and sour taste, heavier on the sour. Add cherry syrup, and many would say that is the real deal for a Lime Rickey.

I recently met Dale, a kind cherry farmer who likes telling jokes and sharing life stories. I don’t know how he does it, but his cherries are the best. Deep red in color, full of bright cherry flavor, organic, and always perfectly ripe. I just had to include Farmer Dale's cherries in a treat this summer. Adding a fresh cherry marshmallow to the Lime Rickey cake was kind of a no brainer!

So here we go < drum roll please > June’s Cake-of-the-Month is a Cherry Lime Rickey. A fresh cherry marshmallow on top of a key lime vanilla cupcake, finished with a dipped in white chocolate.

June subscribers will get this cake as their cake box in June. We are also making it available as Sixer and a Super Party Pack (4 Supers shipped in one box)