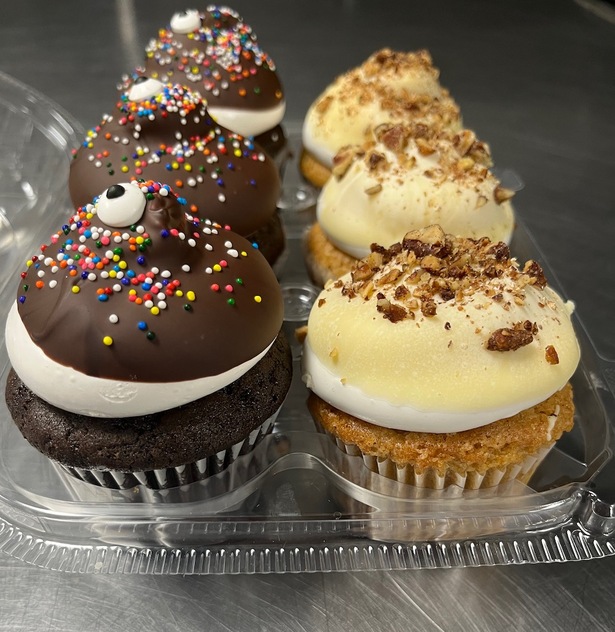 A Little Spice and Spook

October's cake box is on the way

October in Santa Cruz is a funny thing. While the rest of the country is welcoming Fall colors and cooler temperatures, we are soaking up some of the warmest days we've seen in months, with the bluest skies to boot. Many locals consider September & October our "real" summertime.

Great question! October's cake box includes a little bit of spice and a whimsy nod to the approaching Halloween festivities.

Spiced Pear Cake: Made with oil instead of butter, this cake is light, fluffy, and very moist. Loaded with fall spices including ginger, cinnamon, and cardamom, this cake is studded with bits of comice pears that carry a great ripe pear flavor. Topped with a bourbon maple marshmallow, dipped in white chocolate, and sprinkled with candied bourbon pecans.

Coconut Chocolate Cake: A brownie-like chocolate cake without any dairy to get in the way of our rad single-origin cocoa powder. Topped with our house-made vanilla mallow, dipped in milk chocolate and finished with a few festive sprinkles.